Cameroon Potato Growing: Production and Consumption of Potato. 80% of Cameroon’s potato production comes from the West and Northwest regions of Cameroon. Potatoes are an important crop in Cameroon, ranking fifth in tons produced among the major staple crops (behind cassava, plantain, cocoyam/taro, and maize). Kamerpower.com

Potato production in Cameroon is dominated by the west and northwest regions, data from GIZ’s Green Innovation Centers for the Agriculture and Food Sector project (GIZ-Procisa) showed. 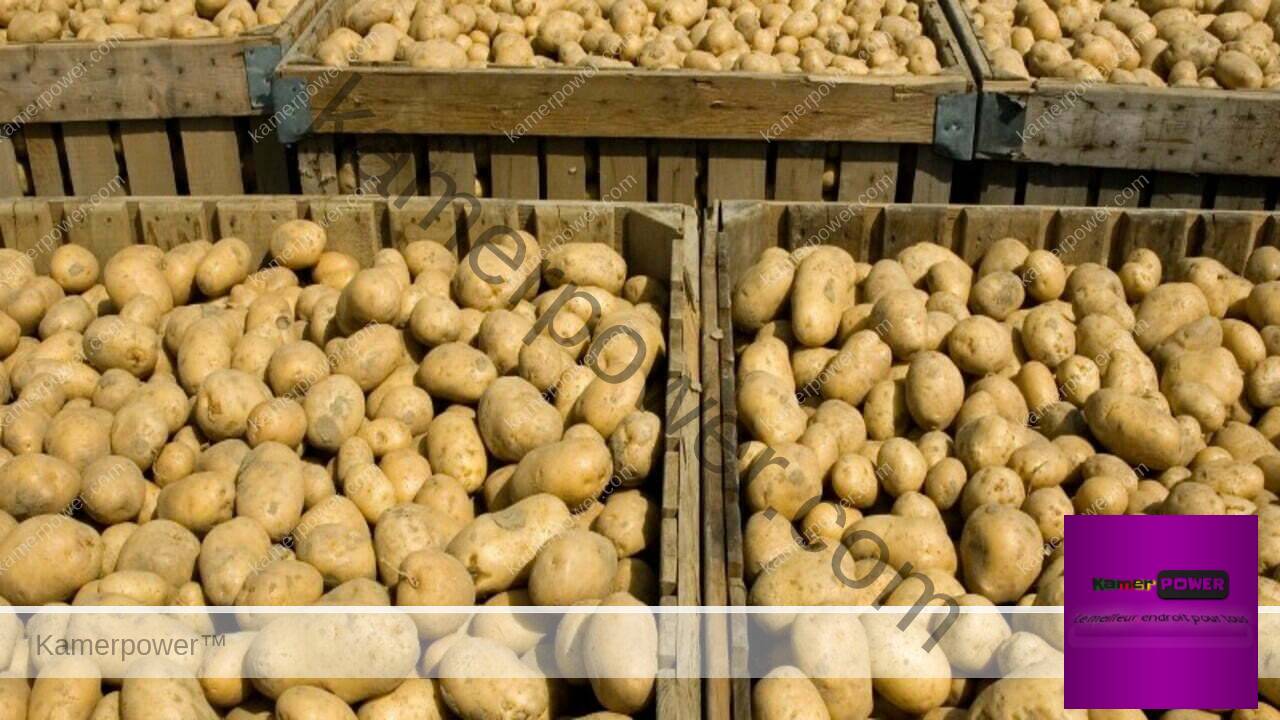 Potatoes were introduced to Cameroon during the German colonial period (1884-1914), but widespread cultivation probably began in the 1940s, following the introduction of new varieties by the British and Dutch governments.

Experts said the main challenges to higher production include the difficult access to seed and non-utilization of improved seeds. They say traditional seeds only produce 7-13 tons per hectare while the improved ones can reach 20 to 40 tons per hectare.

Over 200,000 farmers grow potatoes in Cameroon, mostly smallholders and very predominately women. A 1982 survey reported that over seventy percent of potato farmers in Cameroon are women, an estimate that rose to over ninety percent in 2001.

Most marketing is fairly local, but marketing channels are well organized, often under the direction of women. In need to boost production, the GIZ project plans to set farms of improved seeds as to meet the annual seed needs estimated at 2.4 million tons according to the Cameroonian agriculture department.

Which country do potatoes grow best?

Can potatoes grow in Africa?

Potatoes are grown under a wide range of conditions – from irrigated commercial farms in Egypt and South Africa to intensively cultivated tropical highland zones of Eastern and Central Africa, where it is mainly a small farmer’s crop.

How much potato seed is needed per hectare when Growing?