How is Mesothelioma survival rate measured?

Researchers describe the mesothelioma survival rate in several ways. They usually talk about it in terms of one-year survival, the percentage of people who survive for a year after diagnosis. Through their studies, they also look at longer survival times, including the number of people who live two years, three years and five years. 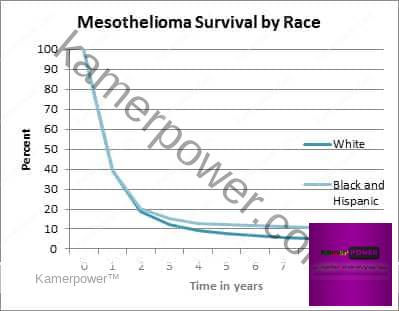 Mesothelioma claimed nearly 30,000 American lives between 1999 and 2010. About 40 percent of U.S. patients live to the one year mark. By the second year, about 20 percent of patients are still alive. And by the third year, the number is 8 percent.

Survival rates for mesothelioma cancer vary by the patient’s age, gender, race and several other factors. The location, stage and cell type of the cancer, as well as your overall health, have the strongest influence on your prognosis.