How to Become A Buddhist Monk or Nun | Things you should know if you want to be a Buddhist monk. Many think of Buddhism as a meditation meanwhile Buddhism is about the spiritual development of all beings. It originated in India and now practiced in USA, UK, Thailand, Japan and many other parts of the world. It offers a method of overcoming the suffering that is inherent in being. To develop spiritually is to understand oneself completely. kamerpower.com

Monks and nuns in Buddhism are called bhikkhu and bhikkhuni. So, a Buddhist monk is a monk who is responsible for preserving and disseminating Buddha’s teachings as well as guiding Buddhists laypeople. Buddhist monks are those who take it upon themselves to live a life entirely devoted.

How To Become A Buddhist Monk

How To Study To Become A Monk

Although there is no academic degree required, Monks and nuns in the Plum Village tradition must undergo a three-year novitiate before full ordination as a monk or nun. Here are list of Buddhist universities you can attend around the world to take courses in Buddhism studies and become a Buddhist monk. 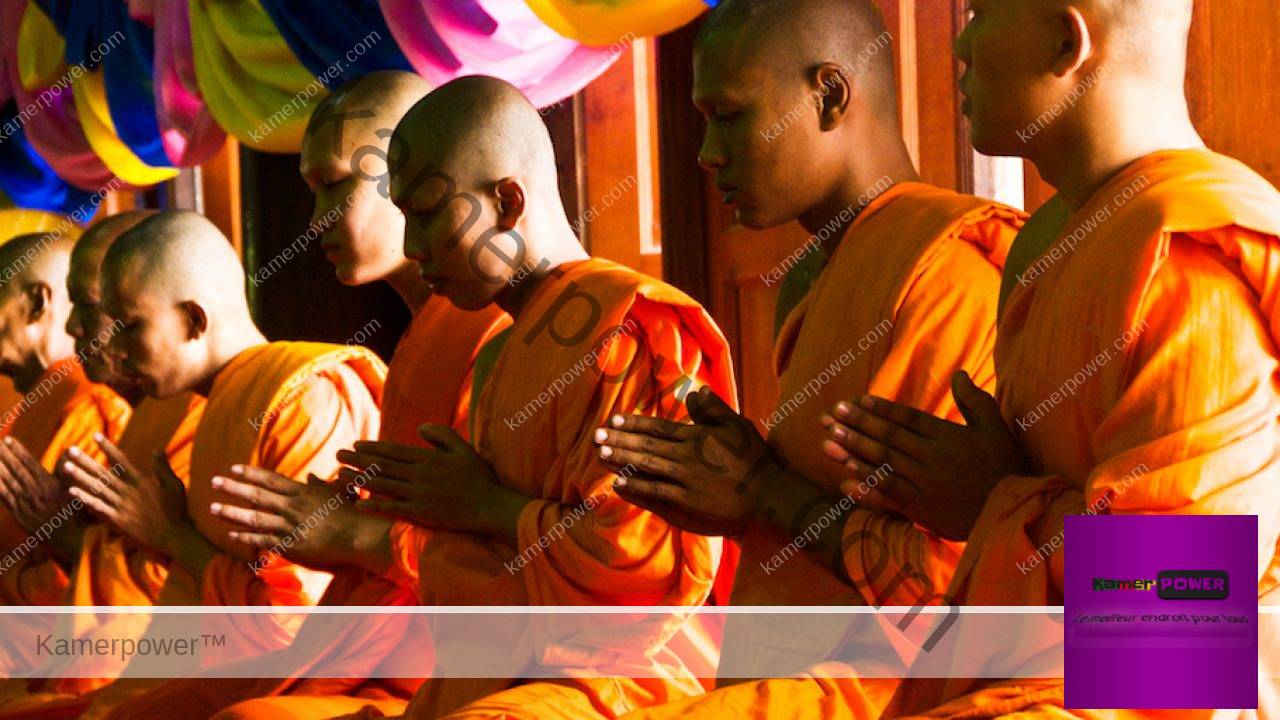 Do Buddhist monks get paid?

20 Best Paying Jobs In Basic Industries To Make A Good Career Path 2022
How to become a Buddhist monk?

The simple steps which have been expanded in the post on how to become a Buddhist monk is to Learn About Buddhism, Prepare for the Monastic Life, Become Ordained as a monk.

What is required to be a Buddhist monk?

The requirements are that monks must be older than seven and younger than 60, while nuns must be 18-60, and they don’t need to shave their heads. Candidates must respect Buddhism, be of good physical health, have no contagious diseases and no bad habits.

How To Become A Buddhist Monk In USA

Monasteries in the USA welcome monks and nuns from all backgrounds. Typically, people can go for either samanera, which is a novice monk or full-fledged monk called a bhikkhu. In the United States, temporary ordinations are common. For example, In Minneapolis, eight- and nine-year-olds may become temporary summer-monks to learn the basics of their tradition.

Candidates for the novice ordination will have to stay in the monastery for at least 3 months in order to learn. In California, teenage boys may take monastic vows for the summer, live in the temple, and undergo training.

How To Become A Buddhist Monk In UK

Becoming a Buddha monk or a nun in the UK follows the same steps described above on how to become a monk.

How To Become A Buddhist Monk In India

Buddha monks in India also undergo the same process of learning about Buddhism, joining a temple or sangha, preparing for life in a monastery then becoming ordained. This is applicable to both nuns and monks.

Steps of Becoming a Buddhist Monk in lesser time

It doesn’t take a whole lot to become a monk. You will need to have a basic understanding of Buddhism.

You can’t claim to be a Buddhist when you don’t understand the basics of Buddhism. Start by familiarizing yourself with the religion.

Buddhism is a world religion, so temples exist in so many countries. You may want to become a regular member for years before trying to become a Buddhist monk.

Step 3. Prepare For The Monastic Life

In order to begin the process of entering the monastic life, you must have already become a lay Buddhist by being familiar with Buddhism practices, and also received the Precepts

The ordination ceremony marks your decision to become a Buddhist and will be performed by an ordained monk. During the ceremony, the monk will transmit you the three jewels and five precepts and also give you a Buddhist name.

If you’d like to become a monk, you need to choose your community well, because that’s all you’re going to have. You will officially renounce having a family. You’ll live in a monastery or at least among your peers, THEY’ll be your family. Needless to say that since you can choose them, it’s wise to investigate before jumping into a spiritual community.

The mass media has fed us pictures of serene meditators, facing gorgeous Himalayan landscapes. You’ll probably have moments like that if you chose to become a monk, but that’s the icing on the cake. No, seriously, you’re going to be busy. Very busy. Probably busier than you’ve ever been: Taking care of people, Organizing everything, Washing the dishes, Cleaning the monastery.

Antarctica Internship 2022 | Can you intern in Antarctica?

As a monk, as a guy that has abandoned worldly concerns, you’ll have peaceful moments, some will stretch endlessly. You’ll build areas of inner peace, and they will be yours for the long run. You’ll meet outstanding persons, accomplished masters. You’ll gain something inside that nobody will steal from you. As for many other things:  personal experience is probably the best way to know if that choice is right for you.

Why would someone choose not to have sex? As a Buddhist monk, you’ll take the vow of chastity (unless you become a Zen monk). It means you’ll renounce having sex. No sex, not even on your own. Because all the time you don’t spend doing it is reinvested in your meditation and yoga practice. That’s often well worth it. For guys, that’s usually a challenge (and for girls too, when they become nuns).

How to Become a Female Buddhist Monk (Buddhist nun)

Becoming a nun is a worthwhile way to spend your life to benefit others. To become a female monk called a nun, you have to follow the steps below which are similar to those of a monk.

Before making the decision to take ordination, have a thorough foundation in the teachings of the Buddha, such as the Four Noble Truths, the Eightfold Path, and the Stages of the Path to Enlightenment (lam-rim).

2. Have a Spiritual Guide

Your teacher teaches the foundation for life in the monastery. He will also decode when you are ready to take the ordination vows. Consequently, he signs permission for you to be ordained.

You will learn meditation and all other Buddhist practices. You also take the lay vows since many become celibate.

The vows are taken for life, therefore, it is important to spend time and think through the decision. Becoming a Buddhist monastic means that you are joining a community – the Sangha.

How Long Does It Take To Become A Buddhist Monk?

You will spend three to five years before you become a fully ordained monk or nun. However, it takes less than three years to become a novice monk. Specifically, it takes ten years to complete the training.

How To Become A Zen Buddhist Monk

A Zen Buddhist Monk is a monk that can get married. Japanese zen monks can marry as well as other monks in other countries can marry. However, the paradox is, monks and nuns who swore to celibacy cannot end up married. The word zen means meditation. Zen Buddhism started in India and has gradually spread to the western world over the years.

You learn the religion, its beliefs and practices

It is imperative to know that every Buddhist temple has slightly different requirements. Check this with the current monks in your chosen temple.

#3. Reside in a monastery

Reside for at least one or two years and get the rigorous training required to become a zen Buddhist monk.

Before your ordination as a zen Buddhist monk, you must complete the postulancy, which is a training that lasts one year. After this, you will be ordained as a novice monk.