Accueil » Careers » What You Should Do After Being Unexpectedly Laid Off

Laid Off: What You Should Do After Being Unexpectedly Laid Off. It’s very important for workers to determine the nature of their termination between being laid off vs. getting fired. The reason for the fact is that it affects their eligibility to get future jobs. This article is for you if you have been laid off or worry that you might be in the near future. Kamerpower.com

Becoming unemployed can be one of life’s most stressful experiences. The higher the position an employee held in the corporate structure, the more the significant impact from the job loss. Whether one is laid off or fired, the experience can cause a lot of pain, anger, and confusion. 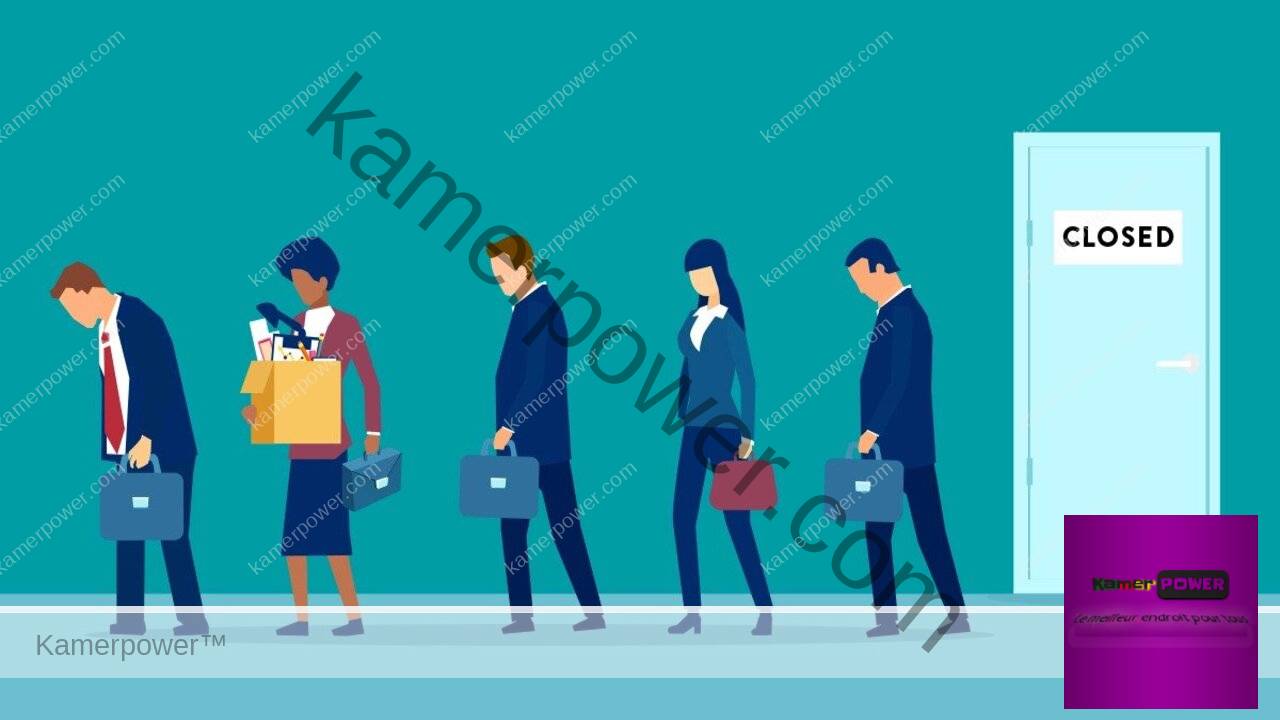 What is the difference between getting fired and getting laid off?

The key difference between being laid off vs. getting fired is that a layoff is the fault of an employer while a firing occurs because of the employee’s fault. An employee may be fired for poor job performance, inappropriate conduct or behavior, a violation of company standards or rules, not meeting her contractual terms of employment, and other reasons. Essentially, a firing occurs because of something the employee did wrong.

Layoffs usually aren’t related to the employee’s performance or conduct. Layoffs occur because the company is eliminating the employee’s position due to any one of a number of factors, such as restructuring, mergers, or the closure of the business. Being laid off and being fired are separate types of dismissals from a company.

What happens when you get laid off?

If you are laid off, you didn’t necessarily do anything wrong. Being laid off means you have lost your job due to changes that the company has decided to make on its end. The difference between being laid off and being fired is that if you are fired, the company considers that your actions have caused the termination.

What to say when you get laid off?
What to wear to an interview 2023 | Best Interview Clothes for Job 2023

When will I receive my last paycheck? Will I receive severance pay? How long will I have to exercise my stock options? Is the company offering healthcare coverage after my last day of work, and for how long? Will you provide a reference for me?

Can you be rehired after being laid off?

Yes. There are no laws prohibiting employers from rehiring laid-off employees. Rehiring a laid-off employee can save you time and money, since they are familiar with your business practices, and additional resources won’t be needed to train them.

What is the meaning of being laid off?

Being laid off refers to a temporary or permanent termination of work contract by an employee because of reasons relating to the business. A layoff is an involuntary separation between an employer and an employee that occurs through no fault of the employee. The employer is terminating the employment of the worker for its own reasons, such as when large companies restructure and may lay off large numbers of employees in stages or rounds.

Is a layoff the same as a termination?

An employee may be terminated with or without prejudice. “With prejudice” means the employee may not return to the company in the future. This is the case in many firings.

What To Do After Being Laid Off

1. Check on the severance package

Severance package refers to the compensation and benefits that employees receive once they leave employment at a particular company unwillingly. The amount of severance pay an employee receives depends on the length of their employment with the company. If a worker is laid off, his employer may or may not pay severance pay.

2. Establish the nature of the termination

If the reason for letting go of an employee is not clear, then the affected person should seek clarification on the matter. The nature of one’s termination affects his eligibility to secure jobs with future companies.

Whether one was fired or laid off, he or she should always request for a letter of recommendation, particularly if they were let go because of company layoffs. Also, it’s advisable to ask the company owner how he plans to handle any inquiries made regarding the employee’s time with the company.

Is it OK Applying To Multiple Jobs At The Same Company

6. Start a job search and prepare for interviews

After leaving the company and wrapping all the details regarding paycheck and departure, the next step is to start hunting for a new job. Research on how to write a good resume, CV, and other employment materials.

Steps You Should Take After Being Unexpectedly Laid Off

1. Use your support system.

It can be emotionally challenging to go through a layoff, but you don’t need to do it alone. Rely on friends, family, and other people in your life for support. You may need to air your frustration about your job search or vent about your situation, and that’s fine and normal even healthy.

2. Look for part-time or freelance work to sustain you.

It’s often easier to find part-time, temporary, or freelance work than a full-time job, and these gigs can support you while you’re looking for a more permanent situation. Do remember that you will need to report any income you earn to your state’s Department of Labor if you’re collecting unemployment and that it will likely reduce the amount of unemployment pay you’re entitled to receive.

3. Assess your financial resources and situation.

A layoff can take a significant toll on your income, but it’s important to understand exactly how much you need to live comfortably and how long you can support yourself. Take stock of your savings and determine how much severance pay you’ll be receiving. Remember to subtract taxes from your severance pay to figure out your net income. Look into your state’s rules for unemployment. If you can’t collect unemployment and severance simultaneously, figure out when you’ll be eligible, how much you’ll be earning, and how long you’ll be able to collect.

Reasons for Being Laid Off

Moving the company’s operations from one area to another can also bring about the need to let go of some workers. Shutting down the initial location will not only affect the workers who get laid off but the surrounding community’s economy as well.

Layoffs also occur when a company needs to eliminate some positions due to over-staffing, outsourcing, or a modification to the roles. A company may want to eliminate redundant positions in order to make its operations more efficient. If one factors in aspects like new management and a shift in the company’s direction where jobs are redefined, then it’s easy to see that laying off workers is closely related to cost-cutting.

One of the main reasons why workers get laid off is because the company decides to cut back on costs in some way. The need can arise from the fact that the company is not making enough profits to cover its expenses or because it needs substantial extra cash to address paying off debt.

Tags: Tips and Guides To Prepare For a Job Interview In 2023